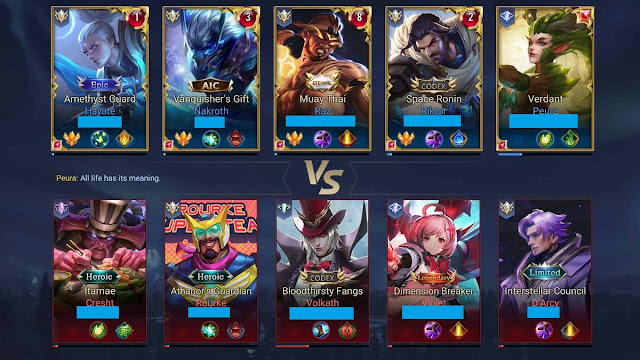 There will be a major overhaul in the upcoming update of Arena of Valor on January 15th according to the Taiwanese website of the game. These are one of TiMi Studios' commitment to improving the game more and probably it will be applied to all servers soon. The upcoming update will focus more on revamping the matchmaking, ranked system, and system punishments. Big thanks to Reddit user GeniusAF for translating the Chinese patch note into English.
Matchmaking
Although it sounds great, there are still concerns from other players of the game. One player suggested that:
"Why not quickly ask the player what role(or roles) they would like to play when they queue for ranked. I am all around the place when it comes to main roles and only play what I feel like or what the team needs.

For example, I don't want to be playing support and mid all the time just because I filled in for a couple games and now those are my recent roles."
Ranked System
The upcoming update will increase opportunities to get ranked stars, especially as compensation:
More Strict Punishment System
What do you think about the upcoming update?
Arena of Valor News Tencent TiMi