on July 15, 2020
Arena of Valor is set to release the second 'Dimension Breaker' skin in a couple of weeks this year. The Dimension Breaker skin set is one of the most popular because of its anime-theme skin, Japanese dialogues, awesome recall effect, and certain items on AOV 5v5 map can be replaced. Archer hero 'Violet' got the first Dimension Breaker last year. When in use, the turrets will turn into a colored hologram of the skin. Popular Japanese voice actress Risa Taneda (Food War's Nakiri Erena) recorded the voice for Violet's DM skin.

After a year, Arena of Valor announced the second Dimension Breaker skin and it will be for another Archer hero Tel'Annas. Just like Violet, expect a lot of features will be applied to the skin. The unique feature about this skin is instead of turrets, the minions will be replaced into cute neko/cat minions. 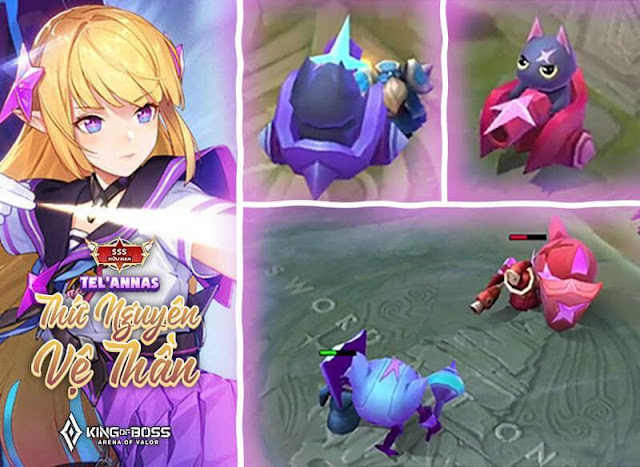 Tel'Annas Dimension Breaker skin is expected to be released in a couple of weeks.