on July 14, 2020
Mobile Legends: Bang Bang officially released the trailer of the five Dragon Tamers of the game. The Dragon Tamers consists of Valir's Draconic Flame, Estes' Rattan Dragon, Kimmy's Frost Wing, Ling's Night Shade, and Masha's Dragon Amor will have a 7-day 30% off discount that will start on July 17th.

The Dragon Tamers' Lore introduces to us as the evil powers lurking above the skies have finally interrupted the silence of the Dragon Altar. The Land of Dawn has been plunged into an abyss of suffering and fear, under the threat of the Evil Dragons. In heeding the dragons' calls, the brave warriors step forward one after the other. The first hero, Valir, confronts his inner fear and fate as the Fiery Dragon calls to him.  - Mobile Legends Wiki 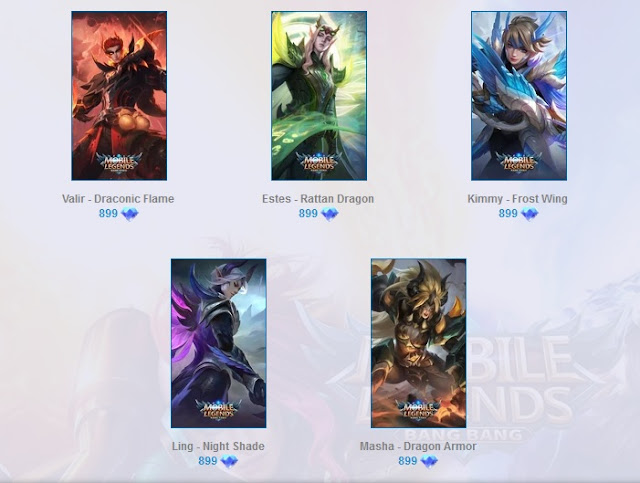