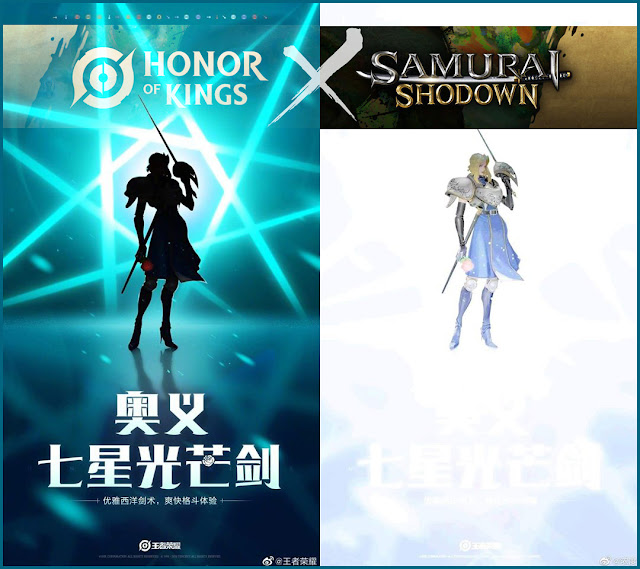 The wait is over! Charlotte of the popular blade-wielding fighting game series Samurai Shodown of SNK Games is going to be the 102nd hero in Tencent Games' Honor of Kings. Charlotte is the fifth SNK Games character to be featured in the popular mobile MOBA game and players are expecting that she will be available for free just like previous SNK heroes. Her role in the game was not yet revealed but she will be more likely an Assasin or a Warrior hero.
Her crossover to the game is part of Honor of Kings and Samurai Shodown collaboration this year. Early this month, HOK's archer hero Gongsun Li enters Samurai Shodown arena as a free DLC character.
Games MOBA Tencent