on August 05, 2020
A lot of you guys were already excited about major updates that are coming to Mobile Legends: Bang Bang in the coming days but before that let's focus more on upcoming heroes and skins for the month of August and probably others for September 2020 release.

Let's start off with the new Marksman hero Protti, he's actually renamed now as "the lone star" Brody. The new hero was buff on the advance server and his initial attack speed was an increase from 90% to 120.8% and with an attack speed growth of 2.2%. Brody's passive can stack Abyss Mark up to four. His critical chance also increases per stack from 10% to 12.5%. His basic attack duration increases from 0.8s to 0.5s and movement speed boosts duration after a critical attack from 0.8s to 1s. Brody's first skill damage increases from 200-350 to 250-450. His damage also increases from 25% to 33%, cooldown reduction from 5.5s to 4s, and mana cost from 55-100 to 40-90. His ultimate's area of effect range grows from seven yards to eight yards with cooldown reduction reduces from 32-24s to 22-16s.


Upcoming Tank/Fighter hero Barats have been adjusted also in the advance server. His third skill has been changed in order to enhance his role as a fighter. According to MLBB developers, his new ultimate will make Detona sticks his tongue out and devours the first enemy hero hit immediately. Then Detona suppresses the target for two seconds and tries to digest the target, dealing damage and restoring HP continuously. During digestion, his movement speed will be reduced.

A new set of skins has been revealed on social media lately. One of the most awaited skin this season is the Rainy Walk skin of Kagura, her upcoming skin will be a Starlight/Special skin. Silvanna will also get a Mulan-like Special/Epic Skin called the Pure Heroine and both Headjaw and Lou Yi will receive Japanese theme skins Samurai Mech and Tenko respectively. Can't help but those Japanese theme skins remind me of Shikigamis in Onmyoji Arena. Both Atlas and Popol(and Kupa) will get an Elite skin Fuel Turbine and Tribal Howl respectively. In addition, Barats normal skin has been revealed also. 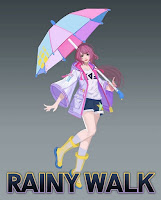 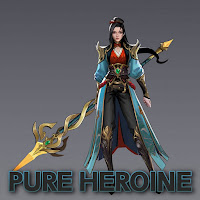 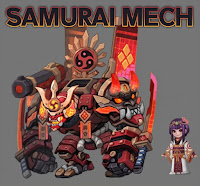 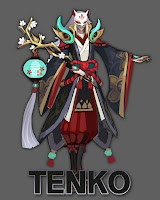 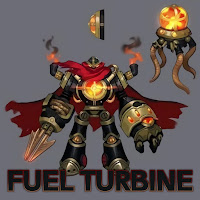 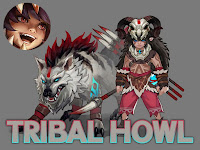